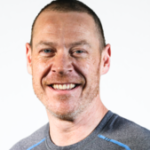 In 2013, mike also successfully became a certified hand therapist giving him recognized specialization in the art and science of rehabilitation of the upper limb, which includes the hand, wrist, elbow and shoulder girdle.

Mike enjoys treating a varied case load of patients with musculoskeletal injuries, including sport and orthopedic conditions, in private practice and while on the road with sporting teams. Mike has worked and traveled with various sporting teams in Canada and Australia and continues to travel and work with the Canadian Ski Cross Team.

Mike has competed nationally in tennis and has played competitive volleyball, basketball, soccer and ultimate Frisbee and regularly mountain bikes, surfs and snowboards and ski’s. Mike also completed his first Subaru Ironman Canada race in 2012 in under 11 hours.

We use Jane as a booking platform. This link will take you to Jane.