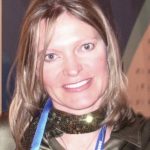 Bianca has been practicing Physiotherapy in Whistler for over 20 years and has gained internationally recognized professional Titles in both Sports & Musculo-skeletal Physiotherapy. She has many years experience treating all types of athletes from recreational to elite champions.

Bianca’s clinical practice is founded in a holistic approach combining evidence based Manual Therapy Treatments, IMS / dry needling, and movement efficiency through therapeutic exercise and rehabilitation. Complex neck & back issues and sports injuries are her specialty. In the past few years she has added concussion and vestibular rehabilitation as a primary interest. She is continually adding to her skill set doing courses and attending conferences regularly.

Dedicated to Whistler sea to sky community health and injury prevention, Bianca loves working with various physicians & surgeons to rehabilitate clients. Her philosophy includes engaging her patients actively in their treatment and giving them the information and ability to help themselves.

Bianca sits on the board of directors of the Whistler Adaptive Sports Program and is passionate about aiding those with disabilities to gain experience in Physical activity.

When not working, Bianca is a keen participant in sports salty and snowy.

We use Jane as a booking platform. This link will take you to Jane.